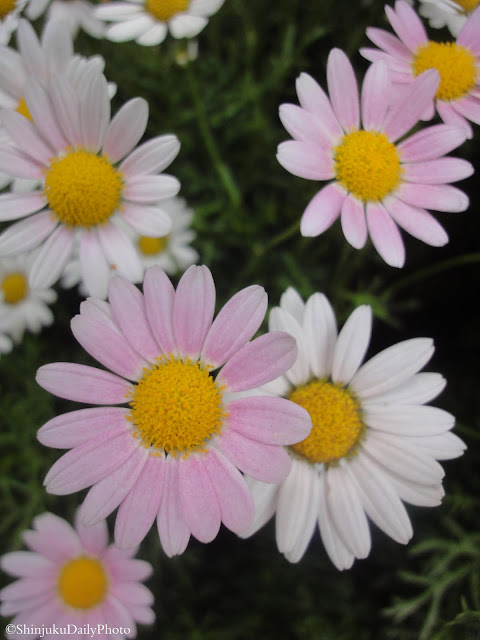 I love simple flowers like this. They remind me that the most simple things in life can be the best memories.

My first week in Miyagi was kind of like that. I felt like it reminded me how the simple things can be the most important.

I was there with an NGO group called ADRA Japan and helping at the soup kitchen for the town hall employees of the small town of Yamamoto-cho, who were also victims of the tsunami. (You can read about their various activities here.) I heard that the employees, many who had lost family and homes, had been cooking out themselves but because the town hall needed to operate, ADRA took over and started proving the meals so they could concentrate on the mountain load of work they have waiting for them every day. There were still employees sleeping in their cars in the parking lot or in the town hall and using the baths provided by the Self-Defence Force when I was there.

Most of us volunteers were there for a week and divided into 2 shifts making meals, washing, cleaning...anything that was needed at the time. Needless to say, I am not the greatest cook in the world, but it's amazing what you can put together from the random veggies, canned food, and other groceries that are provided. There was no menu or recipe. Each meal would be decided after checking what we had left in stock and we would all cook various dishes for each meal. After a while, everyone would start getting creative and make bread in the microwave (no oven) or make a dish more tasty by searching through recipes online.

I think the soup kitchen was more than just a place to eat. It was a place where the employees could come in to interact with each other, talk about something other than work, and just relax for a bit before heading back. One of the staff members talked about how when they first set up the soup kitchen, there was little conversation and the atmosphere was very grim. But when I was there, although there were many people who still did not talk about their own experience regarding the devastation or about their families, there were many who would kid around with us, ask us questions about where we were from, or give us advise about how to find the perfect guy (I now know the secret!).

Each smile given to us made our time there have so much meaning. With so many volunteers coming to this small town I know that they won't remember me...but the director of the volunteer center at the town hall always said that "even though we may not remember you, Yamamoto-cho will."

And that is more than enough. 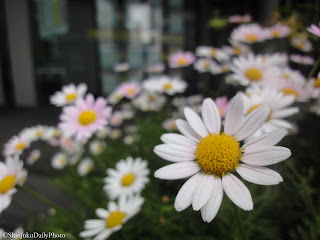