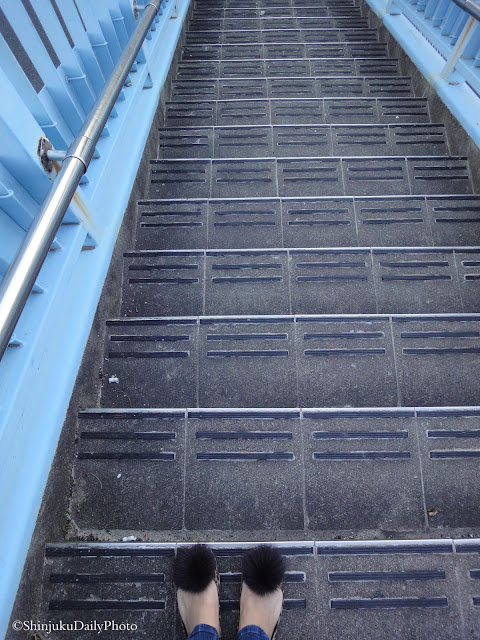 I've been walking a lot lately.

On the night of the initial earthquake, when the public transportation wasn't working and thousands of us had to walk home, I learned that my new apartment was closer to work than I thought. And since the trains were running on a "special time schedule" the following monday (meaning they were either not running or running really late), I decided to walk to work and have been doing so since then.

It's a really great workout but when I first started walking it was because I didn't want to get stuck in the subway if another earthquake came. According to Tokyo Metro, the number of people using the subways went down 21% after the earthquake on March 11. It may be that people are just not going out as much anymore but I'll bet there are some like me who just don't want to get stuck 20-40 meters underground.

Plus you get to spot super blue bridges like this when you walk! 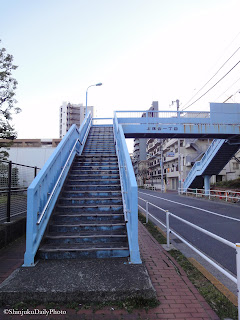 Click below for more photos of wonderful bridges around the world!

Sunday Bridges hosted by Louis
Posted by Kaori at 10:00 AM